Morelia is in the middle of the west side of Mexico. It is the capital of the state of Michoacán. The Historic Centre of Morelia became a UNESCO World Heritage Site in 1991.

Morelia City is at the southern end of the Central Plateau, between the Chiquito and Grande rivers. Around 6,400 feet above sea level (1,950 meters).

Before Valladolid was built there in 1541, the Tarascan people lived there. In 1582, the capital of Michoacán moved from Pátzcuaro to Valladolid.

When it was a colony, it was a very important place for learning and culture. San Nicolás College was a big part of this. The college opened in Pátzcuaro in 1540.

They moved to Valladolid in 1580. In 1917, it changed its name to Michoacán University of San Nicolás de Hidalgo.

Miguel Hidalgo y Costilla used the city for a short time as a base of operations during the wars for Mexican independence.

In honor of José Maria Morelos y Pavón, the city was named Morelia in 1828. He was born in Morelia, and he worked to make Mexico free from Spain.

In the Historic Centre of Morelia, there are more than 200 buildings from the Spanish colonial era.

In 1744, they were still building the cathedral in Morelia. The cathedral is a wonderful example of Spain’s Baroque style.

The Morelia Cathedral has a beautiful organ with 4,600 pipes that is always the main attraction at the annual organ festival.

A 3-mile (5-km) aqueduct built in 1785 and the colonial governor’s palace are also very impressive buildings.

In Morelia, people make processed foods, drinks, and building materials. They also work in the government, schools, stores, and the tourism business.

People in the country grow corn, beans, fruit, sugarcane, and cattle, which they sell in Morelia. The city is connected to all of Mexico’s big cities by rail, highway, and air.

In the middle of Mexico, you can find the Historic Center of Morelia. It is near the agricultural valley of Morelia-Querendaro and at the foot of the Sierra Madre Occidental.

In the 1600s, Morelia was built in a “checkerboard” style. It’s a great example of how Spanish and Mesoamerican ideas about how to build a city can work well together.

Its streets are still set up the same way they were when they were first built. The slope of the hill in the middle of Morelia works well with the way the streets are set up.

There are important streets and squares in the city. Some of these are the gardens and the large, square Zocalo Plaza.

This makes the area feel big and open, and it’s easy to see the hills in the distance. There are 249 important buildings in the middle of Morelia’s old town.

In Morelia, there are 20 places of government and 21 churches. This shows how the styles of buildings in the city have changed over time.

The fronts of many religious buildings in the city are in the Baroque style, which makes the city look even more peaceful.

The churches of Santa Rosa, de las Monjas, and Guadelupe are close to the cathedral. Between 1600 and 1800, most of the monuments were built.

The “Baroque Moreliano” combines styles from the Middle Ages, the Renaissance, and the Neoclassical periods.

When put together, they make a beautiful piece that shows how carefully pink stone was used. The city is known for its many azulejo-covered arcades, towers, and cupolas.

When the city was first built in the 1600s, its name was Valladolid. At the beginning of the 19th century, it was one of the most important places in the fight for independence.

Priests Miguel Hidalgo and José Maria Morelos were well-known. In 1828, the city’s name was changed from Valladolid to Morelia to honor this person.

The original plan for the city’s growth has been kept, which is one of the things that makes the Historic Center of Morelia so special.

Also, public places and streets haven’t changed much since cities were built. Even if everyone had to use it in a different way to get what they needed.

The big Baroque buildings still have the parts that make them special. There are now different ways to use old homes that have to do with tourism.

So the site won’t change. But it’s important to remember that most of the buildings that are still in good shape are in the historic center.

Buildings in older, nearby neighborhoods are getting less care, and the number of buildings in bad shape has gone up.

When the monuments were put back together, especially the religious ones, they were checked to make sure they were the real thing.

Reclaiming urban areas for public use has made it easier to see all of their benefits and has also helped to protect them.

People are more likely to remember the historic center if they know about Morelia’s past. To celebrate the 200th anniversary of Mexico’s independence, different events have been held in this way.

In a report from 1990, ICOMOS found that removing the plaster from the outside walls. It changed the way some buildings looked, which was against what was written in the Charter of Venice.

In the end, the fronts of important buildings that were put on the World Heritage List in 1991 slowly started to look better.

Since 1993, it has been against the law to give a new building the look of a colonial building by putting on a colonial facade.

With approval from the Municipal Cabildo in 2001, the Urban Development Program for Morelia’s Historic Center made it illegal to build new buildings that look like old ones.

A set of laws, decrees, and rules keeps the old town center of Morelia safe. The Heritage Preservation and Listing Law was passed by the State of Michoacán in 1974.

Its goal is to make sure that monuments, historical, tourist, and archeological sites are used the right way.

In 1983, the State and the National Institute of Anthropology and History made a deal (INAH).

So, the State could make a Historical Areas and Monuments Technical and Advisory Commission.

Every three years, the city changes the Historic Area Urban Programs. Updates have been made to the 2001 Historic Center Urban Development Program, and the green light has been given.

In the Historic Center of Morelia, there has been a Council of Cultural Sites since 2005. The site is also run with the help of a plan.

These pieces of art or history are important and can be found in the Historic Center of Morelia and the buffer zone.

The government takes care of our history so that it stays alive and can be used to attract more tourists to the area.

On September 5, 2005, the Federal Decree was made public. It offers financial incentives to get the private sector to invest in fixing up and restoring historic buildings.

People who want to keep their history have had tax breaks and technical help since a local law was passed in 1998.

Sad to say, most people don’t use these tools to protect their homes. As part of the General Decree, a set of rules was made to encourage tourism.

It made the old town center of Morelia stronger. Since the site was put on the list of World Heritage Sites, policies have been put in place to make tourism a big part of economic growth.

Because of these policies, public money goes into buildings and historic areas, and cities get their public space back. In the long run, the city government wants Morelia to be able to take care of itself.

Make it a world-class city by improving the quality of life of its people through economic growth and good public services that don’t harm the environment.

One of the most important strategic goals is to finish and put out the Historic Center Management Program. By using legal and normative tools, you can make sure that integrated management will last for a long time.

This is also important so that the country doesn’t have to deal with too much stress from the tourism and real estate industries. Help the people who have lost their homes and fix the problems with the transportation.

Fix the roads, the bus system, the heavy traffic, and the traffic jams. Setting up a way to judge that isn’t run by the government is important. This will help to make sure the school system is fair and works well. 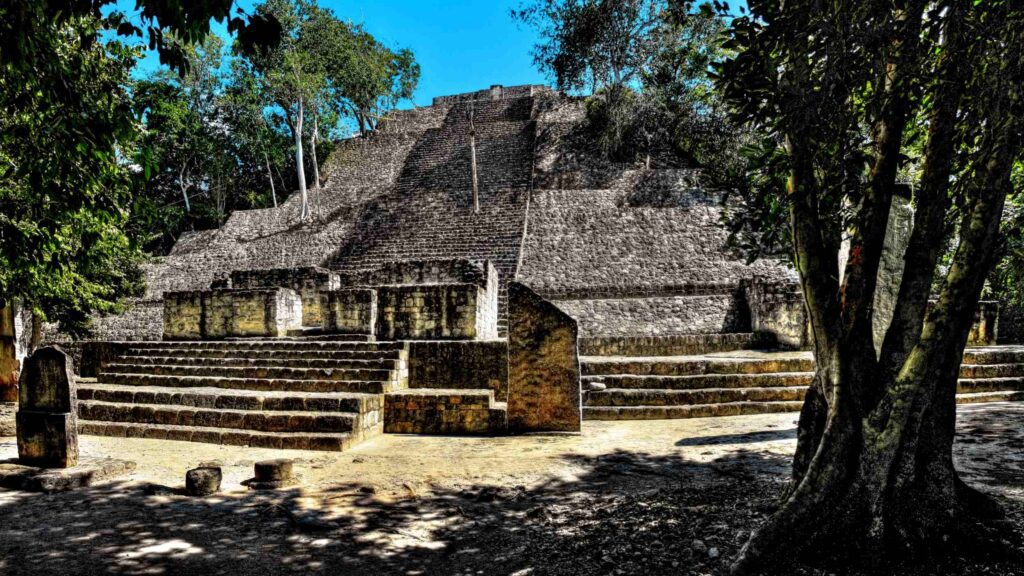 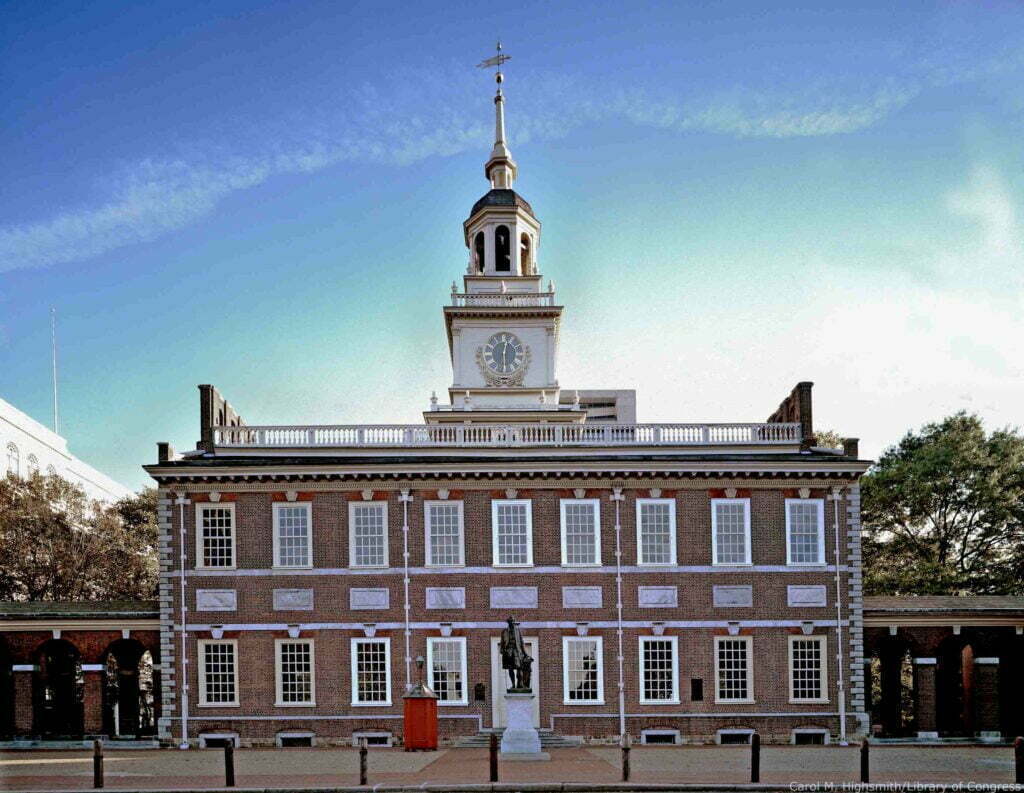