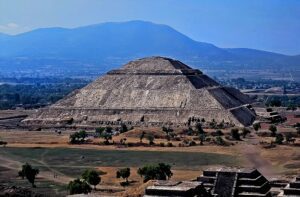 The Great Pyramid of Cholula is a complex that can also be referred to as Tlachihualtepetl. It can be found in Cholula, which is located in Puebla, Mexico. It is the largest archaeological site of a pyramid in the New World, and it is also the largest pyramid in terms of volume that is known to exist elsewhere in the world at this time. Image by Stefan Perneborg is licensed under CC BY-NC-ND 2.0.

Author: Amitava Ray
I'm a photographer (1979) and a blogger (2006). My future photography and blogging endeavors are contingent on the success of Whizzed Net.

Copyright © 2019—2023 All Rights Reserved by Whizzed Net
Design by ThemesDNA.com