7 Ukraine world heritage sites are those Ukrainian Landmarks that are home to the Trypillian Civilization, one of the world’s oldest civilizations. The Trypillians of Ukraine built the first highly advanced civilization on their land, which was followed by others, such as the Scythians, who arrived in Ukraine in the first millennium BC.

Traders from the ancient world, such as the Greeks and Romans, were familiar with the people of Ukraine and were anxious to establish commercial outposts in the wealthy territories of Ukraine.

From ancient times to the present, nature has been kind to Ukraine, bringing strangers to its shores and luring various foreign invaders. Travel to Ukraine, a country with a lengthy, tumultuous, and fascinating past.

Every year, Ukraine used to draw over 20 million foreign visitors (23 million in 2012). However, since 2014, this number has decreased to around 10 million.

One of Ukraine’s seven wonders is Kamianets-Podilskyi Castle. According to World Tourism Organization statistics, Ukraine was ranked 8th in Europe by the number of visitors before the Russo-Ukrainian War.

In Ukraine, there are a variety of tourist attractions, such as mountain ranges ideal for skiing, trekking, and fishing, as well as the Black Sea coastline, which is a well-liked summer vacation spot.

A variety of outdoor recreation locations; nature reserves with a variety of habitats; churches, castle ruins, and other architectural and park features. Tourists frequently spend their summers near the Black Sea coast.

Kyiv, Lviv, Odesa, and Kamyanets-Podilskyi were Ukraine’s main tourist destinations at the time, each with a wealth of historical treasures and a robust hospitality infrastructure.

Tourism used to be the foundation of Crimea’s economy, but tourist numbers plummeted when Russia annexed the peninsula in 2014.

Ukraine is located at the crossroads of central and eastern Europe, as well as the continent’s north and south.

It has a border with Russia and is close to Turkey. It features mountain ranges good for skiing, trekking, fishing, and hunting in the Carpathian Mountains.

Kyiv, the country’s capital, is home to several remarkable landmarks, including the Saint Sophia Cathedral and wide boulevards. Odesa, a port city, and Lviv, a historic city in the west, are two additional tourist-friendly destinations.

For Poles, the majority of Western Ukraine, which was once part of the Republic of Poland before World War II, is a favorite tourist destination.

With its mild temperature, rocky mountains, plateaus, and historic monuments, Crimea had been a popular holiday destination for travelers looking to swim or sunbathe in the Black Sea.

However, the tourism trade has been seriously impacted by Russia’s takeover and annexation of the area in 2014.

Sevastopol and Yalta — the sites of the post-World War II peace conference — are among the cities there. Visitors can also go on a ship cruise down the Dnieper River from Kyiv to the Black Sea shore.

Ukrainian cuisine has a lengthy history and a vast range of unique dishes to offer. The tourist business in Ukraine is typically regarded as poor, yet it is critical to the country’s economy.

Ukraine does offer certain advantages, such as lower pricing than other European locations and visa-free travel for most Europeans, former Soviet Union citizens, and North Americans.

Citizens of the European Union and EFTA, as well as the United States, Canada, Japan, and South Korea, have been able to visit Ukraine without a visa since 2005.

Additionally, nationals of Russia and other CIS nations do not need a visa, except for Turkmenistan. The CIS was created following the fall of the Soviet Union in 1991.

The Commonwealth of Independent States (CIS) is an Eastern European and Asian regional intergovernmental organization.

Ukraine is a country steeped in history, with golden domes atop magnificent cathedrals; intriguing architecture; stunning landscapes; and a lovely ambiance infused with tales of courageous Ukrainians.

Ukraine has a more than 1,000-year history, has been a crossroads for many civilizations, and has seven incredible UNESCO World Heritage Sites. Examine the historic sites and learn about Ukraine’s global heritage.

Ancient City of Tauric Chersonese and its Chora

The “Ancient City of Tauric Chersonese and its Chora” displays the ruins of a city on the Black Sea’s northern beaches, constructed by the Dorian Greeks in the 5th century BC.

It is organized into many hundreds of chora, rectangular blocks of identical size, and consists of six component sites with urban ruins and agricultural grounds. The plots were home to vineyards whose harvests were exported by the city, which prospered until the 15th century.

Early Christian monuments, as well as relics from Stone and Bronze Age communities, Roman and medieval tower defenses and water supply systems, and extremely well-preserved instances of grape planting and separating walls, can all be found on the site.

The region was recognized as the most productive wine center of the Black Sea in the 3rd century AD. The place remained a crossroads for the Greek, Roman, and Byzantine Empires, as well as people north of the Black Sea.

It is a remarkable example of a democratic land organization related to an old polis and mirroring the social organization of the city.

Kyiv’s Saint-Sophia Cathedral, designed to rival Hagia Sophia in Constantinople, represents the “new Constantinople,” the capital of the Christian principality of Kyiv, which was founded in the 11th century in an area evangelized after St. Vladimir’s baptism in 988.

From the 17th through the 19th centuries, the spiritual and intellectual impact of Kyiv-Pechersk Lavra contributed to the growth of Orthodox philosophy and religion in the Russian world.

L’viv – the Ensemble of the Historic Centre

L’viv, where a community had existed since the 5th and 6th centuries, was formed in the late Middle Ages. Due to its advantageous geographical location for commerce and political growth, it thrived as an administrative, religious, and economic center.

The architectural and artistic legacy that has survived today displays a combination of Eastern European traditions affected by Italian and German influences.

The property “L’viv-the Ensemble of the Historic Centre” is divided into two sections: the main area, which includes the castle, its environs, and the city center; and a smaller area on St. Yuri’s Hill, which houses the ensemble of St. Yuri’s Cathedral.

Residence of Bukovinian and Dalmatian Metropolitans

Built by Czech architect Josef Hlavka between 1864 and 1882, the Residence of the Bukovinian and Dalmatian Metropolitans is a brilliant synergy of architectural forms.

The complex, which comprises a seminary and monastery and is dominated by the domed, cruciform Seminary Church, with a garden and park, is an exceptional example of 19th-century historicist architecture.

The complex reflects the Austro-Hungarian Empire’s policy of religious tolerance by expressing architectural and cultural influences from the Byzantine period forward and illustrates the Orthodox Church’s prominent presence throughout Habsburg control.

The Residence, which today houses Chernivtsi University. In 2011, the Bukovinian and Dalmatian Metropolitans’ Residences were designated as UNESCO World Heritage Site.

The Struve Arc is a 2,820 km long chain of survey triangulations that runs from Hammerfest, Norway, to the Black Sea, passing through ten countries.

These are the results of a survey conducted by astronomer Friedrich Georg Wilhelm Struve between 1816 and 1855, which was the first precise measurement of a lengthy portion of a meridian.

This was a significant step forward in the development of earth sciences and topographic mapping, since it helped to determine the actual size and form of the globe.

It is a remarkable example of scientific collaboration amongst experts from many nations, as well as monarchic collaboration for a scientific purpose. There were 258 major triangles and 265 main station points in the original arc.

The protected site has 34 original station points, each with its own distinctive markers, such as a drilled hole in the rock, an iron cross, cairns, or erected obelisks. The Struve Geodetic Arc was designated as a UNESCO World Heritage Site in 2005.

Wooden Tserkvas of the Carpathian Region in Poland and Ukraine

Tserkvas lies in south-eastern Poland, on the eastern fringes of Central Europe, near the Ukrainian border, where the Carpathian Mountains rise. The worldwide property is made up of sixteen tserkvas, or churches.

During the 16th and 19th centuries, Orthodox and Greek Catholic congregations built them out of horizontal wooden planks. These are the cultural manifestations of the four ethnographic groupings.

The tserkvas provide testament to a unique architectural history based on Orthodox church design, intertwined with local customs and symbolic links to their communities’ cosmogony.

The tserkvas is made up of three parts, each having an open quadrilateral or octagonal dome and a cupola on top. Tserkvas need iconostasis screens, interior polychrome decorations, and other antique furnishings.

Several tserkvas include wooden bell towers, churchyards, gatehouses, and graveyards as prominent characteristics. These churches were likewise built by Poland’s aristocratic and royal families, and there are no other structures like them on earth.

They show a wide range of complete biological patterns and processes of pure and mixed stands of European beech across a variety of climatic circumstances, and they constitute an exceptional example of relatively undisturbed, complex temperate forests.

European beech (Fagus sylvatica) survived the harsh climatic circumstances in refuge zones in the southern sections of the European continent during each glacial phase, i.e. ice ages of the previous 1 million years.

Using cutting-edge genetic coding techniques and palaeoecological investigations, scientists have documented these refuge zones. From these southern refuge zones, beech started to broaden its range some 11,000 years ago, following the end of the last Ice Age.

These subsequently spread across significant portions of the European continent. Beech produced diverse sorts of plant communities while inhabiting largely different settings throughout this expansion phase, which is currently occurring.

This remarkable diversity of beech forest ecosystems has been shaped by the interaction of a variety of habitats, climatic gradients, and distinct species gene pools.

These woods house a priceless population of old trees as well as a genetic reservoir of beech and other species that are linked to and reliant on old-growth forest environments.

Places to visit in Ukraine 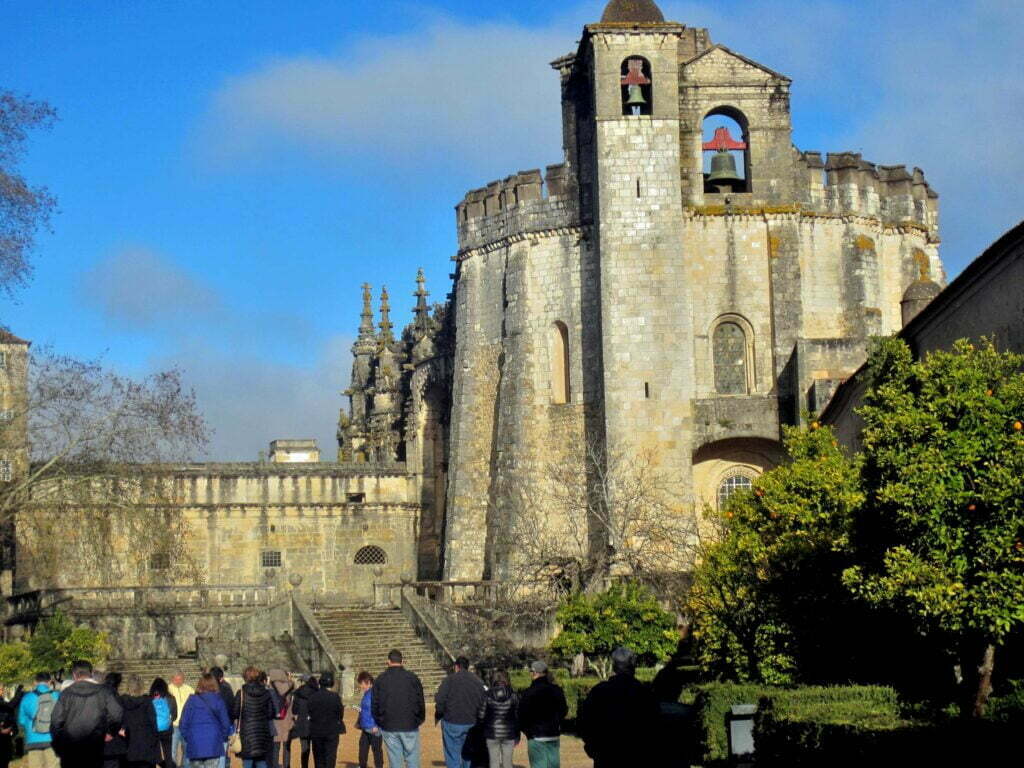 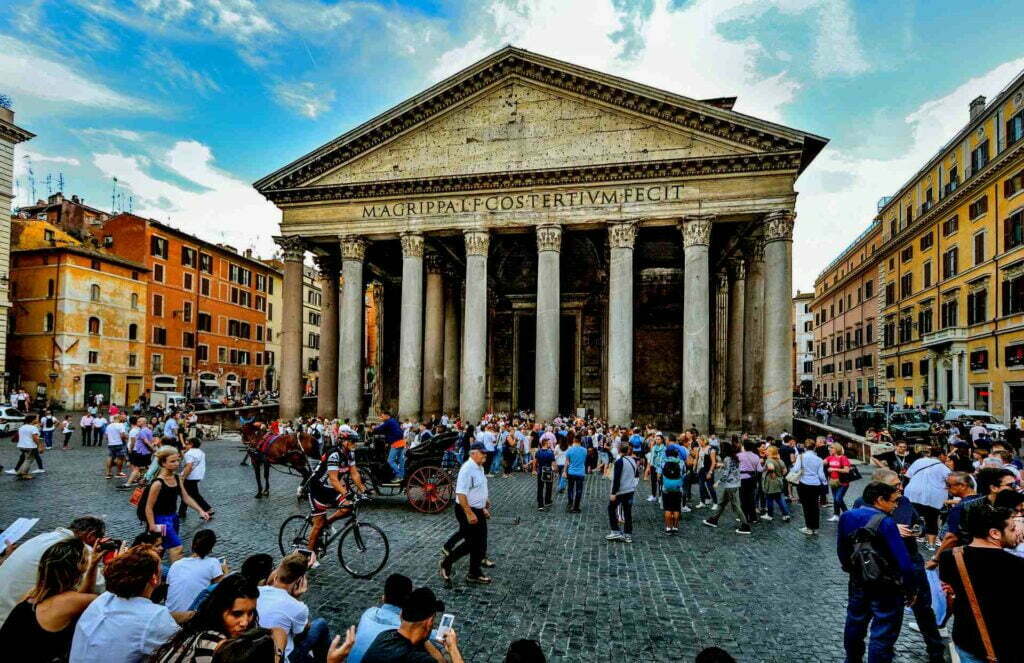 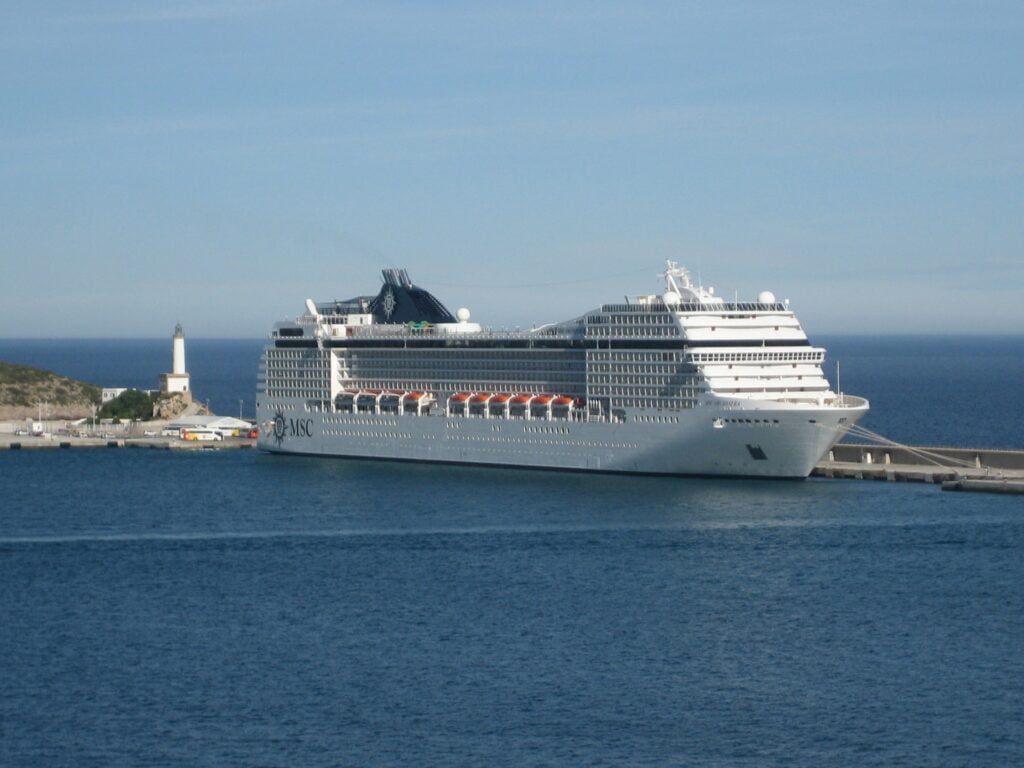 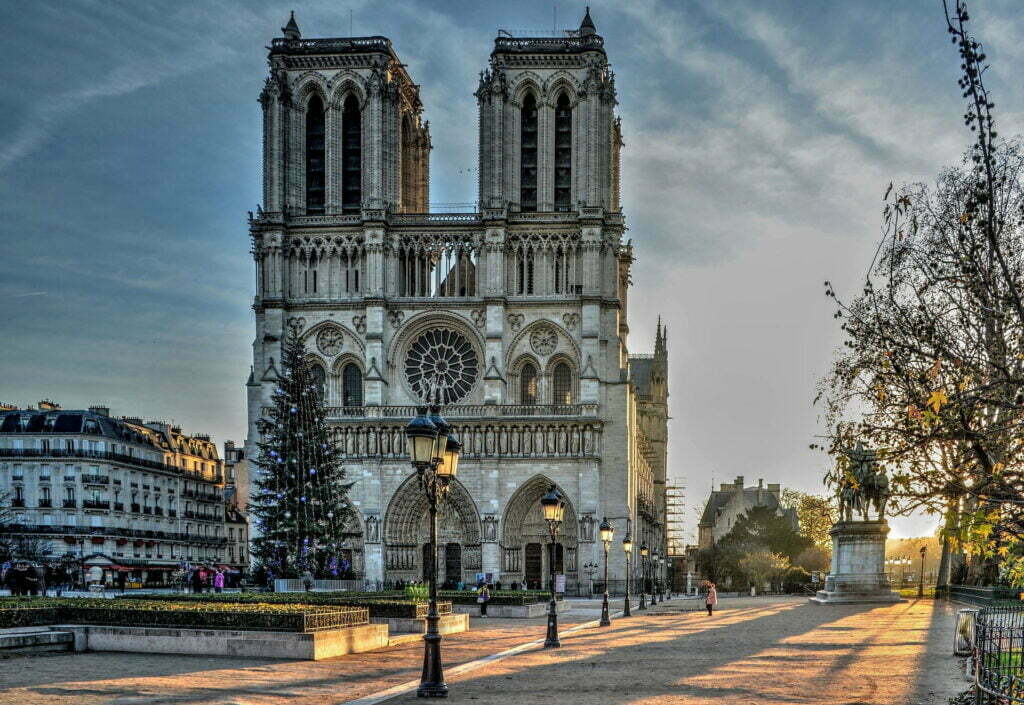