Iguaçú Falls, part of Iguaçu National Park in Paraná State, Brazil, shared with Iguazu National Park in Argentina, was a UNESCO World Heritage Site in 1986. The Iguaçu Falls, one of the world’s great natural marvels, are located near the borders of Brazil, Paraguay, and Argentina.

Chico Mendes Institute for Biodiversity Conservation manages Iguaçu National Park (ICMBio). The park shares one of the world’s greatest waterfalls with Argentina’s Iguazu National Park, which stretches over 2,700 metres (8,900 ft). Many unique and endangered species of flora and animals call it home, including the gigantic otter and giant anteater. The spray clouds created by the waterfall encourage the growth of luxuriant flora.

Iguaçu National Park gets its name from the fact that it encompasses a large section of the Iguazu River (Portuguese: Rio Iguaçu). The Iguaçu Falls cover around 50 square kilometres (19 square miles) of the river’s length. It is the most important park in the Prata Basin.

It was the first park in Brazil to acquire a management plan since it is home to a considerable genetic asset of animal and vegetal species. The park’s primary purpose, as envisioned by Rebouças, is to preserve biologically and scenically important natural habitats. As a result, scientific study and the development of environmental education and interpretive activities, as well as relaxation in natural settings and ecological tourism, are made possible.

Foz do Iguaçu national park Brazil is both beautiful and groundbreaking. The first proposal for a Brazilian national park aimed to provide a pristine environment for “future generations” as “it had been created by God,” with “all possible preservation, from the beautiful to the sublime, from the picturesque to the awesome” and “unmatched flora” in the “magnificent Iguaçu waterfalls.”

These were the words of engineer André Rebouças in his book “Provinces of Paraná, Railways to Mato Grosso and Bolivia,” which kicked off the battle to save the Iguaçu Falls in 1876, when Yellowstone National Park, the world’s first national park, was just four years old. The Iguaçu National Park was designated as a Natural Heritage of Humanity on November 17, 1986, during a UNESCO convention in Paris, and is one of South America’s greatest forest preservation zones.

Where is Iguazu national park located

Foz do Iguaçu, Medianeira, Matelândia, Céu Azul, Sao Miguel do Iguaçu, Santa Terezinha de Itaipu, Santa Tereza do Oeste, Capitao Leonidas Marque, Capanema, and Serranópolis are the municipalities that the park borders in Brazil.
The park lies 17 kilometres (11 miles) from Foz do Iguaçu, in the state of Paraná’s westernmost area, in the Iguaçu river basin. It shares a border with Argentina, where the Iguazu National Park, established in 1934, is located.

The Iguaçu river forms the border between the two nations and their national parks. Its source is in Curitiba’s Serra mountain range, “do Mar,” and it runs for 18 kilometres throughout Paraná. The river estuary lies 18 kilometres downstream of the falls, where it joins the Paraná. The triple boundary of Brazil, Argentina, and Paraguay is formed by this confluence of rivers.

The Santa Maria Ecological Corridor connects the Iguaçu National Park to Lake Itaipu’s protected shores and then to the Ilha Grande National Park through these margins. The planned Trinational Biodiversity Corridor would include the park. Its goal is to create forest links between conservation units in the Upper Paraná ecoregion of Brazil, Paraguay, and Argentina.

This is the part of the park that is available to the public, as well as the Cataratas do Iguaçu concession sections. It makes up around 0.3% of the park’s overall surface area.

The Iguaçu Falls are the park’s most magnificent attraction. The water falls from a height of 72 meters, forming a 2,700-meter-wide semicircle. Depending on the flow of the Iguaçu river, the number of waterfalls varies from 150 to 300. There are additional attractions, such as a diverse fauna, in addition to the spectacular waterfalls.

The Santos Dumont Statue, the Poço Preto (Black Well), the Macuco Waterfall, and the Visitors Center VASP (a defunct aircraft firm) paid tribute to the “Father of Aviation,” who put all of his clout and effort into establishing the falls region as a national park. In 2014, the park attracted 1,550,700 visitors. 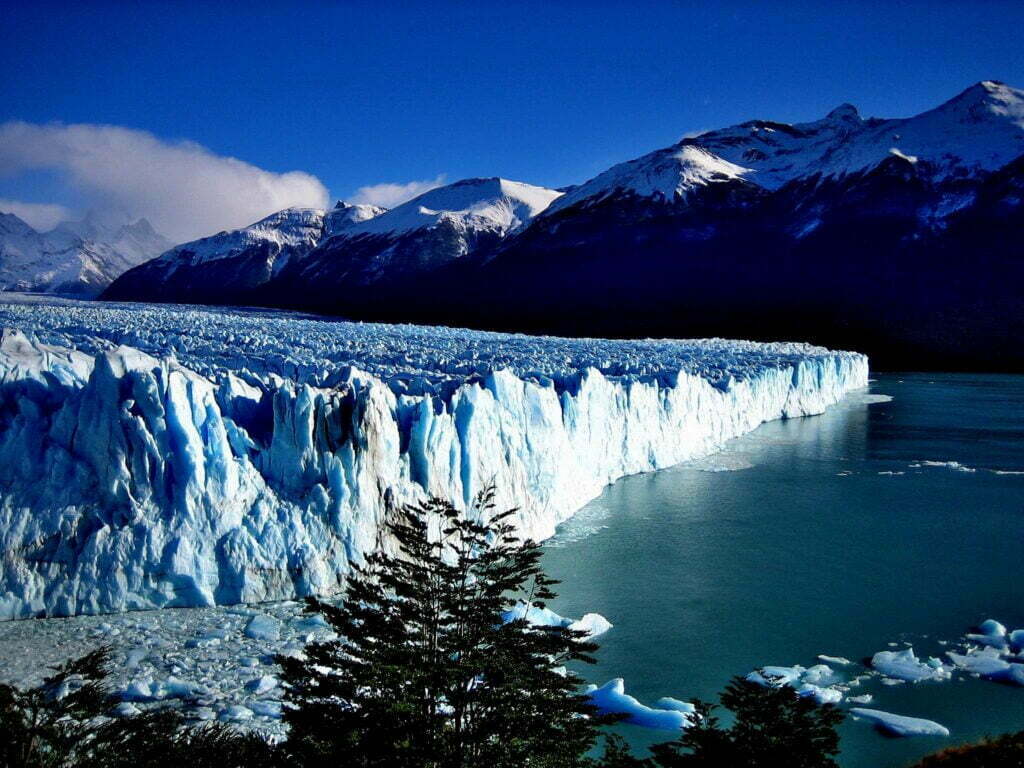 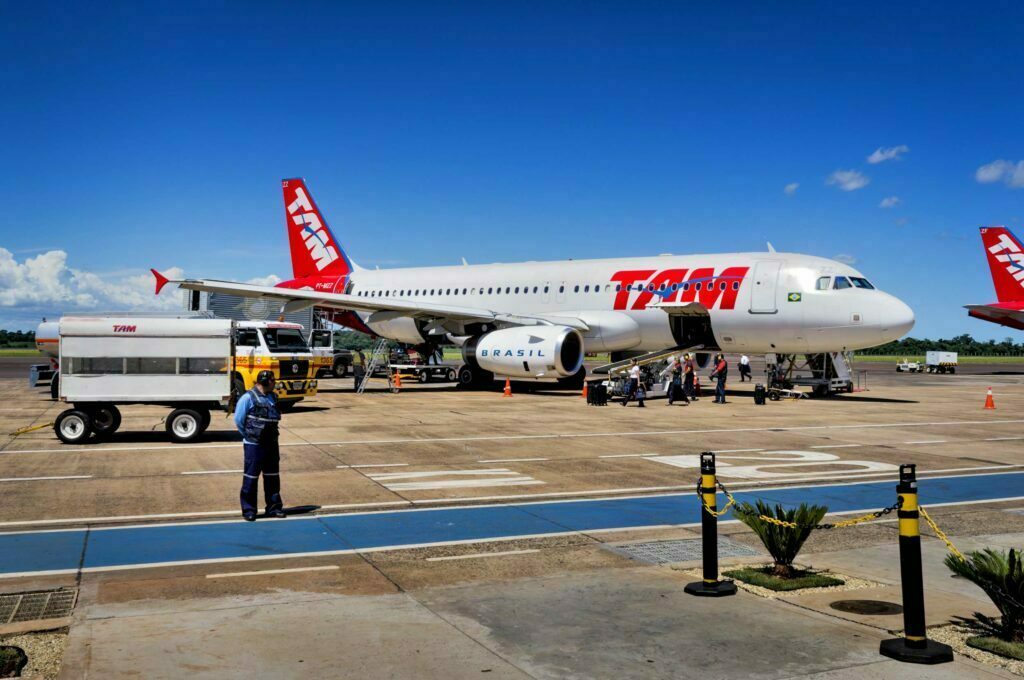 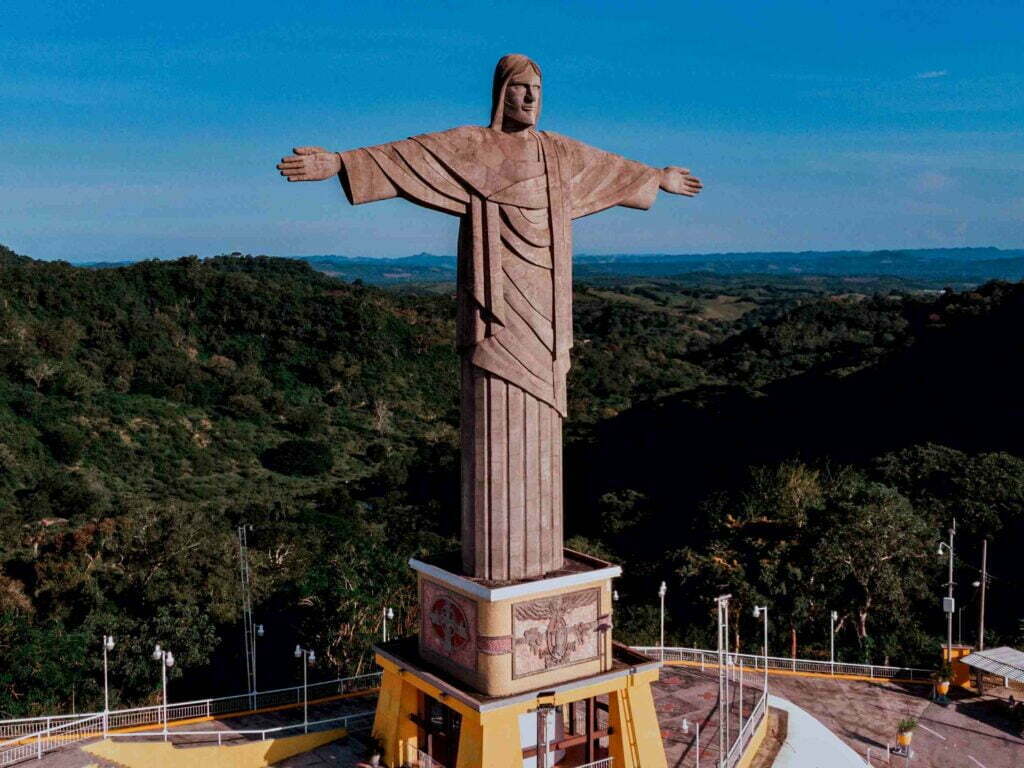